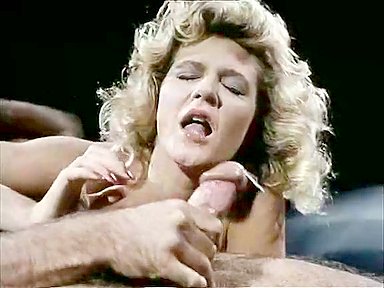 Ginger Lynn's true sexual dynamo, sparking her partners whether male or female to new heights of explosive eroticism in each and every scene she's in. Ginger Lynn turned out her own custom line of videos on Vivid with director Bruce Seven, each one showcasing her unique energy and full-throttle sexuality to great effect. Perhaps her best work can be found in the award-winning 'Ten Little Maidens,' a true masterpiece of out-and-out sexual heat. Other career highlights include Ginger Lynn's steamy performance as the prostitute who introduces Tom Byron to sex in 'Kinky Business' and her frenetic work in 'Slumber Party' with Eric Edwards. She briefly made the news in 1992 when a bust for tax evasion and a relationship with actor Charlie Sheen hit the tabloids. Ginger Lynn went to break into mainstream films and television, and her talent and beauty brought her a measure of success under her real name -- Ginger Lynn. Still, it is her over 100 hardcore films and videos that adult fans remember her for, and she remains one of the best-loved starlets of all time.